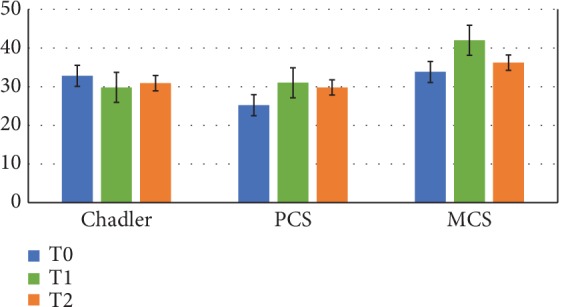 The present study discusses the effects of a combination of probiotics can stimulate the immune system of patients with chronic fatigue syndrome / myalgic encephalomyelitis (CFS / ME). For this purpose, patients diagnosed according to the criteria of Fukuda and treated with probiotics were analyzed by clinical and laboratory evaluations, before and after probiotic administration.

Probiotics have been chosen taking into account the possible pathogenic mechanisms of ME / CFS syndrome, which was associated with an impaired immune response, dysregulation of Th1 / Th2 ratio, and high oxidative stress with exhausted antioxidant reserves due to severe mitochondrial dysfunction. And a oxidative immune dysfunction may be related to inflammation of low grade chronic gastrointestinal (GI) in the lamina propria and surface of the intestinal mucosa associated with dysbiosis, intestinal permeability, bacterial translocation, and immune dysfunction and oxidative.

Literature data show that bacterial species are capable of modulating immune system function and oxidative and that certain probiotics administration can improve the mucosal barrier function, modulation of cytokine release proinflammatory in patients SFC / ME. This study is a preliminary investigation to verify the safety and efficacy of a certain combination of probiotics in patients CFS / ME.

The results suggest that probiotics can alter the state of well-being as well as inflammatory and oxidative indexes in patients CFS / ME. No adverse effects were observed except for one patient who shows a surge in symptoms, although all inflammatory parameters (ie, cytokines, fecal calprotectin, ESR and immunoglobulins) have been reduced after taking probiotics.

The reactivation of the symptoms of fatigue in this patient, whose clinical history reported the onset of CFS / ME following mononucleosis, may be linked to an abnormal stimulation of the immune system as suggested by a recent study describing an exaggerated immune activation associated to chronic fatigue.

Rethinking ME/CFS Diagnostic Reference Intervals via Machine Learning, and the Utility of Activin B for Defining Symptom Severity.

We further explored the potential serum activin B as ME / CFS biomarker, alone and in combination with a series of routine tests results obtained by pathology laboratories. Previous results from the pilot study showed that activin B was significantly higher for ME / CFS participants compared with healthy participants (controls). All participants were recruited by CSA Discovery and ranked by the criteria of Canada / international consensus. for ME / CFS cohort A significant difference in serum activin B was also detected for ME / CFS and control cohorts recruited for the study, but the median levels were significantly lower.

The correct application prediction WST class modeling FRG, new reference intervals were calculated for activin B and markers associated pathologies where clearance urinary creatinine 24, urea serum and serum activin B showed the best potential as diagnostic markers. While serum activin B results remained statistically significant for new cohorts of participants, activin B was also found useful in improving the prediction of the severity of symptoms, as shown by WST class.